Home News Protest in Lokoja over 300% hike in fees at Fed Varsity Lokoja, as parents demands for VC Akinwumi removal 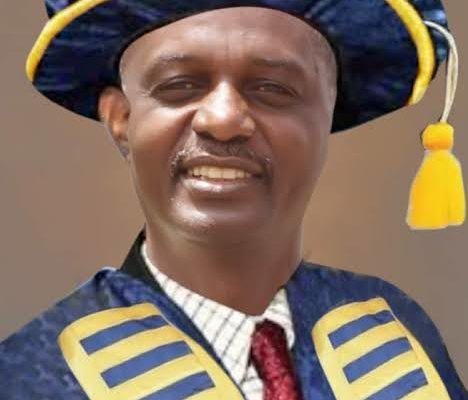 Protest in Lokoja over 300% hike in fees at Fed Varsity Lokoja, as parents demands for VC Akinwumi removal

Parents of students of Federal University Lokoja (FUL) have called for immediate sack of the Vice Chancellor of the university Professor Olayemi Akinwumi for what they described as arbitrary hike in the proposed student’s school fees without recourse for the current economic situation in the country.

The group who protest vehemently in Lokoja on Tuesday morning carrying placards of various inscriptions, said the protest would continue until the management of the university reverse itself over the increment.

The leader of the protesters, Mr Moses Abraham who made the call while addressing newsmen , said the increment in school fees which is about 300 percent was orchestrated to denied parents and Nigerians the privilege to acquire university education for their children.

Reeling the breakdown of the current hike in the students’ fees Abraham explained that , the remedial course which has N50,000 as school fees is now N100,000 while fees for new intake science student which is formerly N56,000 now moved to N188,500.

He added that the fees for new intake art/social sciences hitherto fixed for N55,000 has been increased to N183,500 just as returning students are expected to pay N113,000 as against the former fees of N47,000.

According to him, student accommodation per bed space which was charged for N20,000 before has been hiked by the Vice Chancellor to N60,000 while the GST hand book sold to students at N1,500 per copy now increased to N6,500.

Lamenting further the parents spokesman said the increment was too much for parents to bear and called on the federal government through the minister of education Adamu Adamu to prevail on the Vice Chancellor to reverse the hike in the fees before he collapse the only federal university in Kogi state.

“The Vice Chancellor is a civil servant and we expected that he should be aware of the current economic doldrum the people of this country are passing through recently. How can people pay their children school fees with the current increment when sources of income remain stagnated” he lamented.

Another parent who expressed her feelings over the hike, Madam Florence Anachebi said “when the federal government established the university few years ago we were happy but to our dismay Prof. Akinwumi came and his area of priority is increment of charges to deny us the opportunity to train our children”

Reacting to the protest , the Public Relation Officer (PRO) of the university , Mr Daniel Iyke said there has not been any official release of any increase in the university charges .

He pointed out that the federal government due to the current economic situation can not effectively funded education sector , noting that there has been an increase in charges from one university to another, stressing that if the federal university Lokoja is trying to consider an increase , it should not be totally out of place.

“However, it will be important for parents, students and the public to give us benefit of the doubt and be patient before the official release of any document to that effect before any body can complain” he said

Previous PostCHRCR decry total neglect of Radio Kogi, Urge Gov. Bello to do the needful Next Post2023: PRP Declares Support For Natasha Akpoti-Uduaghan, Vows to Work for her Victory