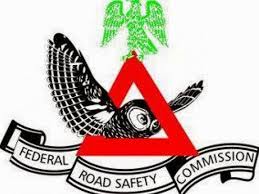 The call was in commemoration of 2021 edition of African Road Safety Day and World Day of Remembrance of Road Traffic Victims.

Briefing newsmen in Lokoja on Thursday, the Kogi State Sector Commander of FRSC, Solomon Agure who made the call, said that the World Day Remembrance of RTC Victims is usually Commemorated Annually on the third week of the month of November.

He stated that the Command has joined the others across the globe to mark this year’s edition from 15th to 21st November, 2021.

Speaking on the theme of the event for 2021 tagged “Act for Low Speeds/Act for Low Speed Streets” with the slogan “Remember Support Act” the Sector Commander emphasized on the need to continuously support the 30km/hr (20mph) speed limits which was recently recommended by WHO for vehicles at cities, towns and villages as a way of clamping down on speed related crashes in the build up areas.

The Sector Commander further said that compliance to the above recommendations by all categories of vehicles cannot be overemphasized, stressing that most of the Road traffic deaths being recorded are in the build up areas and among the vulnerable road users which includes pedestrians, cyclists and riders of motorized two- and three-wheelers and their passengers as a result of improper speed managements.

Agure who described 2021 edition of African Road Safety Day and World Day of Remembrance of Road Traffic Victims an important tool in global efforts to reduce road casualties, the Sector Commander stated that the objective of the initiative is to provide a platform for remembrance of millions of people who have been killed and seriously injured on the roads.

He also emphasized on maintaining safe speed on all categories of roads coupled with application of common sense in driving to establish safer motoring environment. He also advised motorists on speed limiting device installation in their vehicles.

While acknowledging the suffering of the affected victims, families and communities in Road Traffic Crashes, the Sector Commander on behalf of FRSC in the State commiserated with the relatives of those who lost their lives in the process and prayed for quick recovery for injured victims.

He however enjoined members of the public to support the goal of the Corps in minimizing the risk of deaths in road traffic and her determination in ensuring that all enjoy quality road experience.