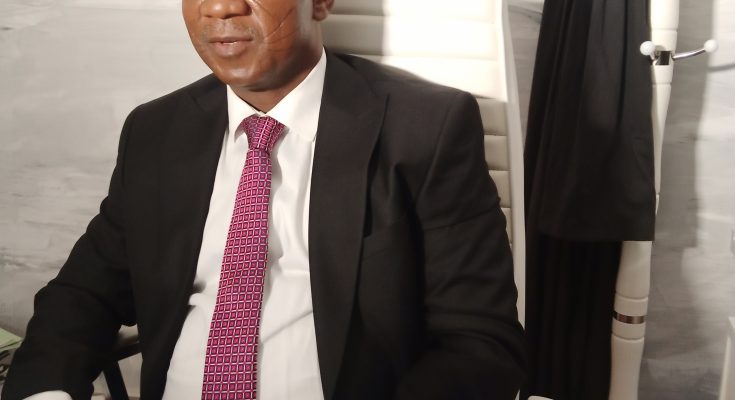 Kogi State Government has  charged operators of boarding school in the state to be proactive in protecting the rights of students, warning that any violation of child rights such schools will face stiff sanctions.

The Government gave the warning against the backdrop of the incident that occurred on the 30th November, 2021 that led to the death of 12 years old boy Sylvester Oromoni Jnr, a student of Dowen College, Lekki, Lagos State who was allegedly tortured by some senior students of the school for refusing to join their cult group.

The Director General of Public Defender and Citizens’ Rights Commission Abdullahi Zakari gave the charge in Lokoja while responding to a recent violation of the rights of a boarding student in Lagos during a press conference held at the commission’s office.

According to him, bulling of any form constitute the violation of the rights of child , saying what happened in Lagos can also happen in any part of the country and called on operators of boarding schools to ensure that they have facilities that will secure the life and rights of the children kept in the school.

Zakari noted that the press conference was completely in response to what had recently happened in Lagos as it could happen in any State, and advised schools’ managements in Kogi to ensure the protection of the rights of the Child enshrined in the Constitution and the State Child Rights Law, 2009 and take responsibility.

”It must be stressed that the Governor of Kogi State, Alhaji Yahaya Bello, in his proactive approach to issues have actually directed the commission to respond to issues that directly touches on our mandates.

”One of such issues was the most recent viral news of a Dowen College in Lekki Lagos State of the death of Sylvester Oromoni as a result of bullying.

”It must be stressed that the Kogi State Government and the office of PDCRC condemned the entire act as barbaric and that Lagos state is not in isolation as it could happen in any other States including Kogi.

”It is important to tell ourselves that Kogi Government haven established this commission would not fold its hands and watch operators of schools encouraging bullying in any form it takes.

”The governor commiserates with Lagos State Government and the family of late Sylvester, and also warned schools that every child has rights and school operators must ensure that these rights are religiously and jealously protected”, he said.

According to Zakari, Kogi PDCRC is speaking as a commission that is responsible for driving the protection of rights and in doing this, we have to ensure that all students, teachers and parents’ rights are protected.

”It is on the basis of that mandate that we are talking to the press to share in the pains of the family of Sylvester, and Lagos State Government and Nigeria community.

”To further educate ourselves that it is no longer business as usual particularly in Kogi State,” he said.

He noted that Kogi also runs boarding schools and advised the schools to take the necessary steps to ensure that students in boarding houses were well secured and catered for, and take responsibility as it comes.

He stressed that the circumstances of what happened in Lagos was such that every right thinking member of the society should be concerned, including parents and governments.

”It is not longer news that bullying in several forms happen in our schools, and it is also a standard practice that most boarding schools have House master that stays through out the night. They must also rise to the occasion and take responsibility.

”As long as you run boarding school, you must ensure that the basic things are in place.

”So, this is a clarion call because Kogi State Government would not in any way support any form of violation of children’s rights for the purpose of being in school.

”’As parents, we also have the role to play in ensuring that our children are better citizens of this country prepared for leadership of tomorrow.

”Parents must also take responsibility because most of these things start from the house. We must interrogate our wards when we see changes in their behavior whenever they are back from school.

”Parents who allow their children to indulge in most of these acts would be taken to be aiding and abetting their children’s unlawful conducts in schools.

”So, in our various homes, we must take responsibility and ensure that in schools across Kogi State, the necessary machinery are put in place.

”Sometimes when you go deep into investigating the circumstances surrounding the conduct of this type, the conduct of the parents could be interpreted to mean aiding and abating, and when such situation happens parents should also be held accountable.

”Parents no matter how highy placed in our society should be held accountable when they are found wanting,” he said.

He further explained that the commission was responsible for providing access to justice for indigent and vulnerable, and securing the rights of residents as guaranteed under the 1999 constitution.

He disclosed that the Governor had directed the commission to work with managements of schools in the state to see to the establishment of human rights clubs that would be vigilant and report as appropriate.

He added that all what the commission needs to do to put those things in place were already on the line.

He urged school operators to be very vigilant and report appropriately to the law enforcement agencies issues of that nature.

He stressed that the Governor and the government of Kogi State would not tolerate any of such indecent behaviours, saying government would not hesitate to take full course of the law on such persons.

He said that there were clear provisions in the Child’s Right Law in the state since 2009, which secured the rights of the child especially the right to education and all entitlements to basic education.

He added: ”the governor in his wisdom has seen the need to put a commission in place to directly respond to these issues, and the only way we can jointly address those issues and take this evil away from our society is to speak out”. ‘

He, therefore urged the general public to speak out and report issues of gender violence and all that go with it, defilement, rape, among others.

The director general further enjoined caregivers, relevant government institutions, FIDA, NBA, security agencies and all stakeholders responsible to ensuring that children enjoy their rights in schools seamlessly to be vigilant and committed in ensuring that perpetrators of such dastardly acts are reported and brought to book.