Home News 2023: APC chieftain asks Nigerians in Diaspora to support Tinubu’s emergence ….Urges INEC to organize process for those in the Diaspora to vote 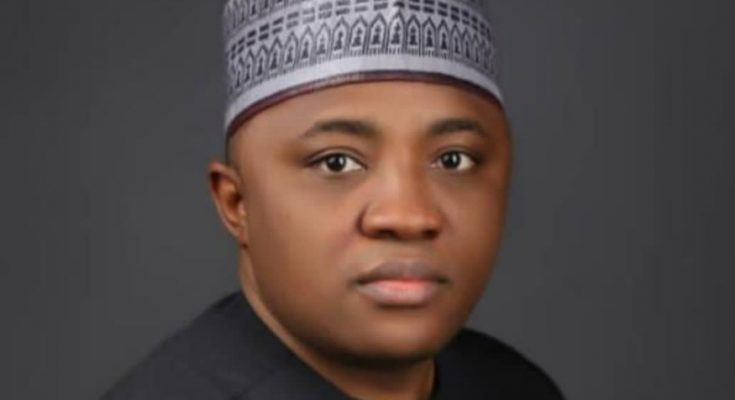 2023: APC chieftain asks Nigerians in Diaspora to support Tinubu’s emergence ….Urges INEC to organize process for those in the Diaspora to vote

A chieftain of the All Progressive Congress and Deputy National Publicity Secretary, Hon. Yakubu Murtala has asked Nigerians living outside the country to throw their weight behind the party’s presidential flag bearer, Senator Bola Ahmed Tinubu at the forth general election.

He explained that Bola Tinubu has robust and fruitful relationship with Nigerians across the geo-political zones and indeed every state pointing out that his investment in making relationships confers on him as the best bridge builder that Nigeria needs now.

Hon. Murtala who was speaking on Saturday at a Town Hall meeting in London for young Nigerians stressed that BAT’s passion for youth development and engagement differentiates him from others while re affirming that only Tinubu understands the youth better and would facilitate the opportunity for young Nigerians in Diaspora to participate and contribute to the rebirth of a new Nigeria.

He said that “Nigeria needs a patriotic leader who can give others outside his geo-political zone, tribe and religion equal opportunity for self-actualization and service to the nation. He should be a leader with a firm belief in the potentialities of the country”.

The party stalwart opined that Asiwaju Bola Ahmed Tinubu, the former executive Governor of Lagos state, Nigeria’s economic and commercial center, a former high-ranking Senator of the Federal Republic of Nigeria was equal to none, and employed the services of Nigerians from other states to serve in his cabinet.

According to him, Tinubu laid sustainable policies that have continued to attract both local and international investments to Lagos state, while the people and government of the state get empowered economically.

While discussing issues of Diaspora’s participation in polity, he suggested that INEC’s next move was to start organizing the process for those in the diaspora to vote affirming that with that in place, Nigerians living in other countries could exercise their franchise and be active participants in the collective quest to build a new and prosperous nation whose future should be entrusted to the youth.

Similarly, he said “the right of Nigerians in the Diaspora to vote during elections as critical stakeholders gives them the opportunity in the rebirth and of course, nurturing of our democracy and a better Nigeria. This provides Nigerians in the Diaspora the opportunity to vote for leaders with the zeal and commitment to move the nation forward and improve the lives of the citizenry”.

Mr. Murtala asked youths to be the real agents of rebirth by actively engaging in politics and governance. Although In his submission he attested that it was always difficult to effect change from the outside and much easier when you are within, he urged them to align in support of a candidate who has plans for the youth, such who is accommodating and willing to support and bring talented youths into governance.